I love the text editor setup I've been using for the past year and a half, so I want to show off my setup! Visual Studio Code has far surpassed my experiences with Atom, Spyder, Sublime Text, Emacs, and Idle (the built-in Python editor) which I used for the years before it. I thought I would do a quick write up on my setup and the extensions I love!

Since I teach people how to code professionally and give a lot of talks on programming, having a readable theme is super important to me. I also love to have a theme that I enjoy aesthetically, so usually something with a lot of girly colors.

Those criteria being set, my two absolute favorite themes are Fairy Floss and Dracula. 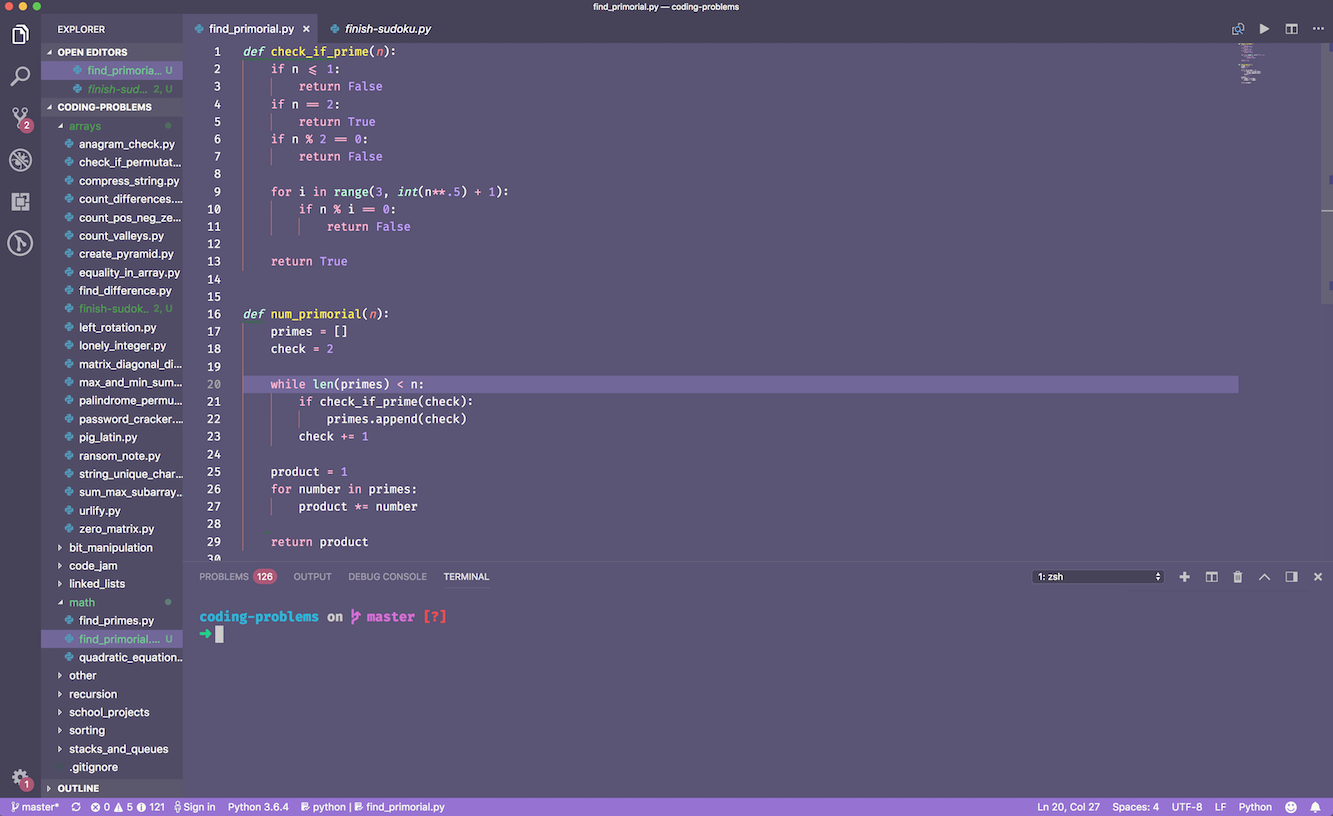 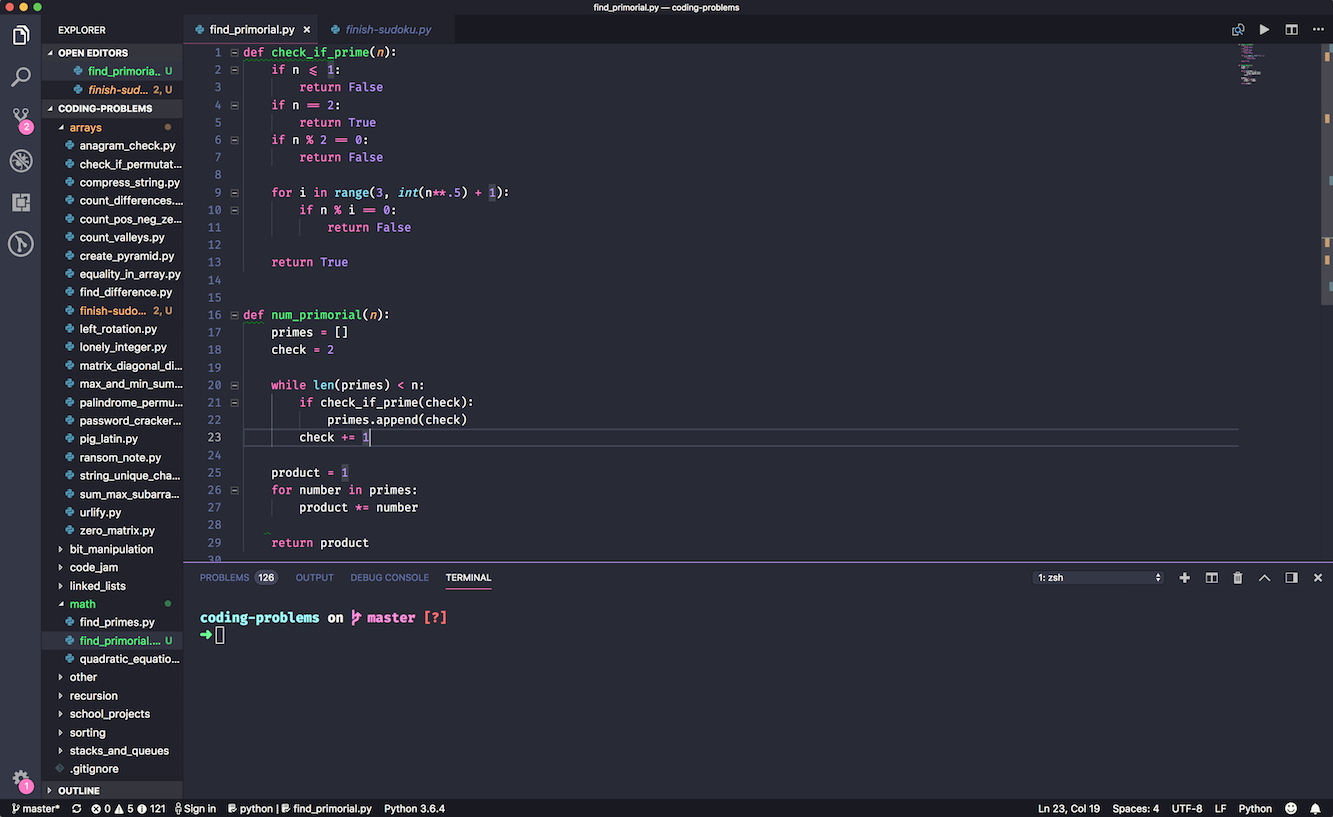 I am a long-term FiraCode loyalist (pre-dating VS Code!); I like the ligatures that make my code more readable at a glance. It's pretty easy to set up too, which is really nice!

Another key piece of my setup is my save configuration. The first thing that I love is autosave, which you can turn on via the file drop-down. I have it further configured so that whenever I pause when writing code, my code is saved automatically without me doing anything. I cannot explain how helpful this is for live coding and for beginners.

In the same vein, I have Prettier set up to format my code on cmd + s. Ideally, this would run automatically as well, but it is close enough for now. I used StandardJS to do the same for a while, before moving over to a pro-semi-colon client.

I use two spaces for most language indentation, the only exception is Python, where I use four spaces by default.

I am incredibly reliant on Emmet, so I love that it is built in for VS Code. I also have it set up to work in more than just my html files:

I will write a longer post on my terminal set up at some point, but I use ITerm with ZShell on my Mac, and so I have VS Code's integrated terminal set up to use that setup.

I have a lot of language and framework-specific extensions built-in, which are boring and very dependent on the developer, so I will skip over those in order to discuss some of my favorite all-purpose extensions.

A Web Design Crash Course: From one non-designer to another